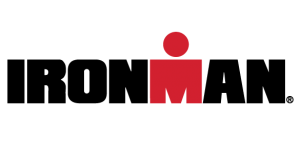 Our current team sessions are:

In October 2010 Will founded a new team ONE Triathlon RDS.  Starting with only a handful of athletes the team grew to around 150 members with an active contingent of around 80 athletes, of which over 40 have achieved selection for Great Britain Age Group Triathlon and Duathlon teams at World and European level from which a number have medalled.  Furthermore 2012 saw the first National honours for the team with the women taking bronze at the National Relay Championships.

The team focused heavily on the World Championships in London 2013 for which we achieved 19 representations in the Great Britain AG team.  More than any other team has ever achieved. Currently the squad is continuing to send a large number of representatives to race for GB AG or at a high level across all disciplines from Sprint to Ironman.

In 2014 the squad was voted Triathlon Club of the Year at the 220 TriathlonAwards.

The core values of the team are performance, team spirit and community.  The squad has a fixed structure of sessions designed by Will which are constantly being added to as the team develops.  All athletes are encourage to give their all to the sessions they attend but also to support each other on all issue multi-sport related.

In 2018 we rebranded our development squad to Precision Race Team. The values and high standard of performance and competition remain the same. We consider the squad a centre for Excellence - a place where the top 5% within their age groups can thrive and work together to push and support each other. Weekly training sessions together and squad races throughout the year keeps our athletes motivated and centered around training in a competitive and supportive environment to develop the highest calibre of amateur triathletes.

Over the last two years we have enjoyed considerable success with becoming UK and EMEA IRONMAN 2019 No. 1 Team.

2020 was of course a mixed year for the team with some early success at IRONMAN 70.3 Oman before the world was plunged into lockdowns to combat COVID-19.  The team however, continued to thrive with the community becoming tighter than ever utilising online services and new technology like RGT Cycling.

2021 is full of new promise.  The early part of the year of course is still tricky but there is a good degree of confidence for mid-season races and beyond.

If you want to get involved get in touch here.

keep up to date

Register your email address for updates and offers.

We use cookies on our website to give you the most relevant experience by remembering your preferences and repeat visits. By clicking “Accept”, you consent to the use of ALL the cookies.
Cookie settingsACCEPT
Manage consent

This website uses cookies to improve your experience while you navigate through the website. Out of these, the cookies that are categorized as necessary are stored on your browser as they are essential for the working of basic functionalities of the website. We also use third-party cookies that help us analyze and understand how you use this website. These cookies will be stored in your browser only with your consent. You also have the option to opt-out of these cookies. But opting out of some of these cookies may affect your browsing experience.
Necessary Always Enabled
Necessary cookies are absolutely essential for the website to function properly. These cookies ensure basic functionalities and security features of the website, anonymously.
Functional
Functional cookies help to perform certain functionalities like sharing the content of the website on social media platforms, collect feedbacks, and other third-party features.
Performance
Performance cookies are used to understand and analyze the key performance indexes of the website which helps in delivering a better user experience for the visitors.
Analytics
Analytical cookies are used to understand how visitors interact with the website. These cookies help provide information on metrics the number of visitors, bounce rate, traffic source, etc.
Advertisement
Advertisement cookies are used to provide visitors with relevant ads and marketing campaigns. These cookies track visitors across websites and collect information to provide customized ads.
Others
Other uncategorized cookies are those that are being analyzed and have not been classified into a category as yet.
SAVE & ACCEPT

If you cancel your subscription your membership will be downgraded to tier 1. Are you sure you wish to continue?

If you proceed you will only receive the basic level of product discount with no access to any enhanced discounts or other membership/race team perks.